THE END OF CHEAP LABOR AND CHEAP CREDIT—WHAT NEXT? 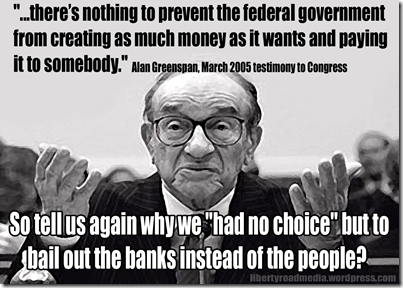 So I agree with the overall premise of this David Stockman article: cheap labor in the East allowed cheap credit to proliferate in the West:

In other words, Eastern sweatshops produced Western air-conditioned megamalls.  Our comfort and convenience is predicated on their misery and endless toil.  And Stockman convincingly argues that this arrangement is going to be ending sooner rather than later:

“So unless Mars is inhabited after all, the last two decades constituted a unique and non-replicable confluence. Accordingly, having used up its reservoir of cheap pre-industrial labor, the world economy is about ready to enter a wholly different era—-one when the massive central bank balance sheet expansion of recent years functions to crush global corporate profits, not just DM factory labor.

Folks, this is how Greenspan, Bernanke, Shirakawa, Trichet, King, Draghi and all the other central bank magicians did it. While they spent years breast-beating about their success in quelling inflation and generating enormous financial wealth effects, while intermittently fretting about “deflation”, their red hot printing presses were generating an altogether more insidious impact deeper down the economic strata.

In the developed world, they fueled household credit binges that were unprecedented. But owing to the vast mobilization of ultra-cheap labor in China and elsewhere in the EM, this credit fueled demand for sneakers, sweaters, furniture, fabrics, flat-screen TVs, computers, tablets, smartphones and the rest of the i-Gadgets did not drive up domestic prices; it was diverted to the booming export factories of east China, Bangladesh etc.”

So what do we do about this?

Stockman pretty accurately describes the problem, but doesn’t offer much in the way of solutions.  He notes that “the households of Europe and America have reached ‘peak debt’” and that “the day of reckoning has arrived” as a result.  The article ends ominously:

“…the world’s central banks have painted themselves into a corner and that the global economic and financial game of the last two decades is about to change. Big time.”

The commenters on the article, however, seem to conclude that the answer to the problem Stockman identified is relatively easy: find more cheap labor in Africa and/or South Asian countries, and/or hope that this means that jobs will come back to America.  In other words, keep the system going, prop it up, continue to require people to perform labor for chits created by their overlords so the rentier class can keep their yachts maintained.

This is the conventional wisdom, the mind control—that no matter what, you and I have to “work for a living.”  Never mind that automation is rapidly replacing human workers (i.e., “Robots will replace fast food workers,” CNNMoney, Sept. 4, 2014) and that there are more people than there are jobs available (“Three times more people looking than jobs open,” Tampa Bay Times, January 10, 2014):

“Our economy still has three people looking for every job (opening).”

Gene Sperling, director of the National Economic Council, Jan. 5 on CNN’s State of the Union

Obviously, these and other factors have all contributed to the recent record low in the labor force participation rate (“Record 92,269,000 Not in Labor Force; Participation Rate Matches 36-Year Low”, CNS News, September 5, 2014):

“A record 92,269,000 Americans 16 and older did not participate in the labor force in August, as the labor force participation rate matched a 36-year low of 62.8 percent, according to the Bureau of Labor Statistics.

The labor force participation rate has been as low as 62.8 percent in six of the last twelve months, but prior to last October had not fallen that low since 1978.”

In other words, the jobs are going or gone, and aren’t coming back.  However, people still need to eat and to have shelter.  How to square this circle?  The conventional wisdom as stated above—that we all must “have a job” and “work for a living”—fails us at this point.

Since the conventional wisdom fails, an unconventional solution is needed.  I propose that we end the monetary system as we have known it up until now.  What is money, after all, but an arbitrary scoring system created and run by those with a vested interest in rigging that scoring system in their favor?  Why do we allow people to literally live or die based on how many “points” they have “scored” in the rigged game in which the few have pitted the many against each other?

The answer is not to find more busy work for people to do in order to award them more “points”…I mean, a paycheck.  The answer is to stop keeping score.  End this game, because life is not just another Sunday afternoon sporting event.  Not to get too David Icke here, but shit, people–we are not competing with each other, we are each other.  Even if you don’t believe in the infinite consciousness and what that implies about all of us, maybe the scientific fact that humans are 99.9% identical at the DNA level might convince you of that (“DNA survey finds all humans are 99.9pc the same”, The Telegraph, December 20, 2002).  It seems that all that “I am he as you are he as you are me / And we are all together” string-of-consciousness, acid-trip raving is not too far off the mark.  I am the Walrus, and so are you!

And what takes the current monetary system’s place?  The Air Standard, of course, as I have proposed many times in these pages.  It’s the answer to Stockman’s problem.  Here’s a summary:

Anything can be, and has been, money

It is beyond dispute that money can be–and has been–anything: gold, paper, shells, sticks, salt, binary code, cigarettes, fabric, etc., etc.  So it stands to reason that money can (and arguably ought to) be the following:  a check written by a buyer for any amount requested by a seller and drawn on a fictional, non-existent account.   In other words, self-issued currency.  And everyone would have this same check-writing power.  The only problem with this scenario?  No more poverty, no more control of the masses, no more larceny, no more want, no more war, no more prostitution, no more slavery, no more debt.  Oh wait, those aren’t problems at all–unless you’re one of the few people benefiting from the present system of rapaciously fraudulent currency.

How is modern currency “fraudulent?”

To get right to the point, modern currency is fraudulent for the following reason:  all modern currency is actually created by the participants in a currency system but it is legally treated as though it is created by, and therefore owed to, banks.  That’s it in a nutshell.  That’s the entire problem.

Let me try to explain what I mean as clearly as possible.  The Federal Reserve itself tells us that “banks actually create money when they lend it.”  The emphasis in that little nugget is on the role of the bank in the money-creation process, but that emphasis is completely misplaced.  That’s because what is implied in that statement is that for a bank to “create money,” someone first has to come to the bank and ask to be lent money.  In other words, a bank is powerless to “create money” unless a “borrower” comes along.

Now, how does the all-important “borrower” get money from the bank?  The borrower writes a check for the amount requested, signs his name, and presents it to the bank.  This check (which is one form of a “note”) is called a “promissory note” in modern parlance (and, to be sure, in less-than-modern parlance), but in reality, the “borrower” is self-issuing the currency he needs, yet he is being forced by law to treat his self-issued currency as though it were issued by the bank (and then having to “pay back” the bank with interest)!  In fact, when you think about it, the ramifications of this completely typical scenario are absolutely insane: the bank doesn’t have the money to lend the borrower until the borrower–who also “doesn’t have the money”–writes the check (i.e., the “promissory note”) to the bank to create the money, which is then called a “loan” from the bank to the borrower.

So who needs the bank?

The obvious question then, is, why is a bank necessary given this state of affairs?  Short answer: the bank is completely unnecessary, because the bank only deals in credit–as opposed to tangible assets or commodities–and credit can easily be created between individuals via self-issued currency.  And that kind of person-to-person credit creation and destruction is no less than the only hope of salvation for humanity.  Because if every person can create money equally and without restriction (which already happens as discussed previously, it’s just not acknowledged to be the case and is instead treated as though money is created by banks), there can be no advantage gained by holding someone hostage over a debt of money or by trying to take someone’s money–there’d be no point to such behavior.