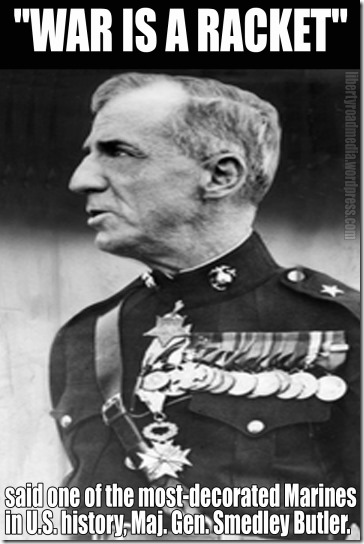 Great article at Zero Hedge about the shooting in Orlando, and it ably and concisely breaks down the reason why so-called “conspiracy theorists” are so quick to suspect that an attack in a public place committed by “radical Muslims” is not as simple as it is made to seem in the mainstream media.  In a word, this is the reason: petrodollar.  The article puts it thusly:

“Well – it’s all part of a plan to support US Dollar hegemony.  How does that work?  As we explain in detail in Splitting Pennies – there’s a policy in washington that goes something like – use US Dollars or we’ll bomb you.”

Iraq is of course one of the prime examples of this disgusting, immoral policy.  As the writer states:

“[Since Saudi Arabia prices] their oil in USD – buyers of oil must first convert to USD.  It’s really a genius method to support the US Dollar, created by Richard Nixon.  It is long term thinking, that isn’t subject to daily market pressures.  Anyway, shortly before the most recent US invasion of Iraq, they wanted to price oil in Euros.  USA said – NO.  Wrong answer. Must buy USD.  It’s really a simple policy, let’s not be sensational or dramatic about it.”

We have written about this before here at LRM, for example in the post “WAR IS A RACKET TO PROP UP DOLLAR–END OF STORY”:

“Russia threatened to dump its U.S. treasuries if America imposed sanctions regarding Putin’s action in the Crimea.

Zero Hedge argues that Russia has already done so.

But veteran investor Jim Sinclair argues that Russia has a much scarier financial attack which it can use against the U.S.

Specifically, Sinclair says that if Russia accepts payment for oil and gas in any currency other than the dollar – whether it’s gold, the Euro, the Ruble, the Rupee, or anything else – then the U.S. petrodollar system will collapse…“

And the banks that control the United States and issue the world’s reserve currency via the Federal Reserve can’t allow competing currencies; creating money from thin air to buy off the real wealth of the world is their racket and no one else’s.  So off to another war–but about propping up a dying currency, not to stop genocide or for any other lofty, noble reason.  Because war is a racket and money is fictional.”

Indeed, the petrodollar is the sum total of what are commonly referred to with the polite, how-could-anyone-be-against-it term “American interests” in the Middle East.  Because without the petrodollar, the U.S. economy will surely fail and American hegemony will come to a screeching halt.  And the 1%, who benefit mightily from said hegemony, will find themselves no longer lords, but serfs like the rest of us.  That’s why these atrocities continue.  As the Zero Hedge article states:

“Without this long term support of the USD, America wouldn’t enjoy such import advantages, things in China wouldn’t be ‘cheap’ – and America wouldn’t be able to carry such a hudge debtload as it does, and other advantages.  This also virtually eliminates the need for any domestic Forex programs – because the USD is unchallenged.  There’s a natural tendency for those policies that support US Dollar hegemony, to crush anything that smells like “Forex” – and to further justification of foreign entanglements du jour.  On today’s menu, we have Syria, Ukraine, Russia, and NATO expansion in East Europe.”

So does this mean that the Orlando attack was definitely a “false flag,” a manufactured event to excuse and encourage more war, more security, less freedom domestically, more fear for the populace, etc.?  Hard to say for absolutely sure, but one thing is perfectly clear—events like these tend to whip up the requisite “Two Minutes Hate” against Islam by large numbers of people, thereby making it much easier to convince the population that more war, more bombing, more drones, more restrictions on civil liberties are all completely justified.  An example:

“Unfortunetely a lot more have to die until the world can no longer deny the truth. Islam must die, and muslims must either abandon that fucked up faith or suffer the consequences.﻿”

That is typical of the comments on the following video: “We Need Islam Control, Not Gun Control.”  Don’t want to link to it, but you can find it on YouTube.

Make of it what you wish.