The argument against raising the minimum wage that one encounters quite a bit on social media and forum/blog comments goes something like this: if and when minimum wage is raised, it only makes the cost of goods and services go up for everyone and that this inflation actually then hurts the very people it was supposed to help—namely, the minimum wage worker—because it prices them out of a job (employers can’t or won’t pay the new minimum wage and will cut jobs or go out of business rather than pay the increased wage). Therefore, the argument goes, minimum wage should not be raised. It’s a neat trick, really, arguing that an increase in pay not only doesn’t really help you, Mike and Minnie Minimumwage—it actually hurts you, so really we would be doing you a big favor by not raising your pay. Mike and Minnie, the argument goes, get to keep their jobs that they are lucky to have in the first place (because they’re “unskilled” buffoons), and prices of goods and services don’t rise above their means. Win-win.

Notice that such an argument is never trotted out when news of exorbitant CEO raises (McDonald’s, Chase) or executive bonuses (bailout-era bonuses) comes out. The same people that say raising pay for minimum wage workers hurts those same workers will, almost without fail, say that the CEO/executive pay has been earned by the “skill” and “knowledge” of these CEOs and is deserved and therefore is completely justified. This argument completely ignores reality, as in the recent case of Jamie Dimon, who was just granted at 74% increase in pay despite the fact that Chase bank was hit with billions of dollars in fines in 2013 and may have to admit to wrongdoing in the Madoff matter. If a McDonald’s fry cook were to incur billions of dollars in fines for McDonald’s, would anyone seriously argue that the fry cook would still have a job, much less get a raise? Yeah, and monkeys might fly out of my….you get the picture.

But the point is, these people do not generally argue that CEOs are hurt by pay raises, yet have no problem saying with a straight face that the minimum wage worker is hurt by pay raises. It’s surreal, actually. 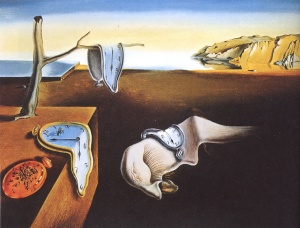 But, would their argument have been borne out? That is, would prices of goods and services have remained constant since 1986 all because the minimum wage never went up?  After all, that’s the argument—that increased labor costs are the primary driver of both inflation and unemployment. Would jobs be plentiful and prices be low if the minimum wage had not increased since 1986 (i.e., in 28 years)?

The answer, of course, is: are you shitting me?

We now have admissions that markets and prices are rigged, and have been for a long time. The idea that American business runs on a junior-high textbook model of “prices are set by supply and demand” is incredibly naïve. That is, prices do not automatically and inevitably go up simply because labor costs may have risen by a dollar an hour. Prices are set independently of such things—in short, prices are manipulated and rigged and the minimum wage has little or nothing to do with it.

–Even Oil Companies Know That Oil Prices Are Rigged

A giant compendium of links about everything that is rigged: EVERY Market Is Rigged

So minimum wage is the LEAST of our worries when it comes to getting ripped off and/or suffering inflation and unemployment.  Indeed, until all this rigging of the markets is stopped, minimum wage has got to be increased.  I don’t support Obama and don’t want to agree with him on anything, but on at least this one issue, I have to say he’s right.