California homeowner advocate Sherry Hernandez is feeling great these days about her efforts to fight her wrongful foreclosure by Penny Mac (i.e., PNMAC). “I’m trying to enjoy my time because I know that it’s not going to be easy going ahead, but I’m just trying to bask in the moment for now,” Hernandez said. 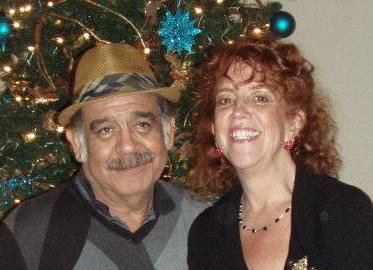 Sherry Hernandez and her husband Fred.

And Hernandez has every reason to be excited, because in a very fortuitous and unexpected turn of events, her now three-year-old lawsuit against Penny Mac (née Countrywide) has suddenly gone from lost cause to cause for celebration. Indeed, just a few short weeks ago, the California Supreme Court overturned an appeals court’s December 2015 decision against Hernandez, and the appeals court in turn vacated its own decision against Hernandez and remanded the case back to the trial court, a move which not only gives Hernandez a more level playing field in the trial court this time around, but also places a few more arrows in her quiver that the court wouldn’t let her use in her first battle with the banks. To make a long story short, Hernandez v. PNMAC was the unstoppable force that met the immovable object of the typically bank-friendly courts and the immovable object…moved.

But this motion of the immovable object did not happen overnight, nor did it happen in a vacuum. David Seal–a Southern California litigation attorney who handles wrongful foreclosure cases and appeals–represented Hernandez in the appeals court and wrote her Petition for Review to the Supreme Court, and he summarized the history of Hernandez’s case thusly:

“In the trial court, she lost on a demurrer to the second amended complaint and no leave to amend was granted, so she filed an appeal. Her opening brief she did in pro per, then she hired me for the reply brief. The court of appeals affirmed the trial court, meaning they didn’t grant us any relief, but they did include a footnote to the effect that one of the issues in Sherry’s case was identical to the Yvanova v. New Century Mortgage case which hadn’t been ruled on yet.

And as history well tell, Yvanova turned out favorable for the homeowners and it disapproved of a lot of the case authority that the court of appeal had cited in ruling against us. Because of that, our Petition for Review was granted at the Supreme Court level and they ordered the court of appeal’s decision vacated and sent it back to the court of appeal for a rehearing and for proceedings consistent with the Yvanova decision. I think it was actually the first of the Yvanova-related cases which did that. In fact, it was sent back before Yvanova was. I don’t even think the court of appeals issued its new ruling on Yvanova. But it’s already issued one on ours.

So we got sent back to the court of appeals. There was another round of briefing, another round of oral argument and frankly Penny Mac’s attorney just argued a lot of redundant things. She was arguing as if Yvanova was never decided. She tried to argue, you know, turn the clock back. And then she tried to argue that Sherry wasn’t the borrower, which didn’t go over well. The opinion pretty much speaks for itself as to the merit of their argument—they lost. And so the decision is going to be final in a few days and it’ll be sent back to the trial court where they’re going to give Sherry leave to amend to plead a cause of action for wrongful foreclosure in accordance with the court’s ruling from last month.”

And what a beautiful ruling it is.  A sample quote: “…our reading of the operative complaint along with the additional facts [Hernandez] now represents she can plead establishes a reasonable possibility [Hernandez] can go beyond mere allegations and present a specific wrongful foreclosure theory on which she intends to rely.”  Such language leaves no doubt that the game has changed, which understandably pleases Hernandez to no end as she explained:

“You know why I love our ruling so much? Because I knew there were issues with the declaration by Rita Garcia [NOTE: a PennyMac employee] and with the allonge. But I had not brought it up at the trial level. I simply said that the documents from the bankruptcy weren’t correct. But I didn’t bring up the issues.

The satisfaction and sense of victory that Hernandez is currently feeling is made all the sweeter by the stark contrast between those emotions and the depths of the defeat, hopelessness, and frustration that Hernandez has endured since her fight against Penny Mac began.   Hernandez laid out the nature of the problems she has faced throughout this ordeal:

“We have been characterized as ‘deadbeats’ as we have had to sit back, unable to mount our replies and show our evidence.  It makes us crazy to hear PennyMac accuse us of having done something irresponsible and wrong when they are filing false documents into the County Recorder’s Office and using them as true.  Attorneys for the lenders and servicers take seminars on how to cheat homeowners, meanwhile, we are forced to go into court armed only with the truth of our own case, our knees knocking and hands shaking as we try to get heard.

More significant than a homeowner ‘getting a free home’ is the blatant theft by these servicers, especially PennyMac, a corporation born out of the ashes of Countrywide and allowed to prosper from their former fraudulent acts.  Ironically, we settled with our previous lender Countrywide due to their predatory lending practices. Now we face off against their illegitimate offspring, PennyMac.  These former Countrywide executives prosper in spite of Countrywide having been labeled the primary corporation responsible for the economic recession, and they make million dollar salaries while we–who have done nothing wrong–lose our home, our savings and our retirement benefits and plans.” 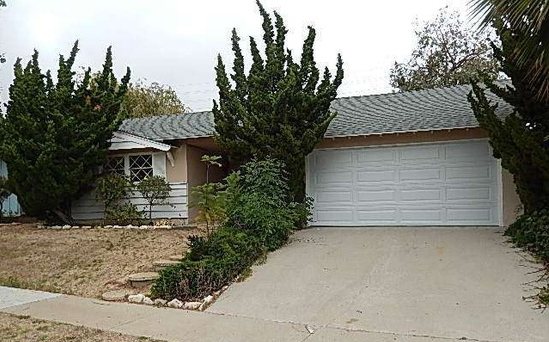 The Hernandez case is clearly an important one as it is among the first post-Yvanova cases that will test the application of Yvanova‘s authority and possibly spearhead a revolution in the handling of wrongful foreclosure cases in which questionable—if not outright fraudulent—assignments typically play a starring role (LRM published an article on the significance of Yvanova here). Seal put it like this:

“I think it’s correct that there’s been a sea change in at least the appellate caselaw, and certainly the Supreme Court caselaw. And Yvanova was a huge victory that came about bit by bit. It’s very interesting seeing that the different courts don’t know what to do with it yet. And some are in denial.

The court has said, ‘You have to look at the prejudice rule and the tender rule differently now’ and has overruled the authority which was used to justify the way things have been done for a long time, frankly. And when you think about it, it’s monumental for California but it also affects, of course, federal cases in California because they’re applying California substantive law, so those are affected.

And other states are going to follow suit and really, the concept in Yvanova–as plain and logical and obvious as it seems to you and I—is a new thing for the world of Western finance, not just in California but in the whole world. I mean, Australia, England—they all do things much the same way. So it’s a very significant decision.”

Indeed, it’s fair to say that as far as the banks and their attempts to legitimize their foreclosure rampage are concerned, the times they are a-changin’ (in California, at least).  They may change even more if and when the appeals court’s recent reversal of its decision in Hernandez v. PNMAC is published by the appeals court, in which case it could be cited as precedent, and therefore more useful to homeowners and their attorneys in wrongful foreclosure cases.  Seal had this to say on the matter:

“We are seeking publication of Hernandez v. PNMAC for the reason that it expands on Yvanova, taking it outside the fact pattern of ‘late adding of a loan to a securitized trust,’ which is what makes this case so important. There are homeowners out there who have loans where there are bad assignments for various reasons, but no published decisions (yet) which deal with that issue. In Sherry’s case, at one point there was actually a different lender claiming ownership of the loan as well, a fact not pleaded by former counsel but one which could be important when she gets back to the trial court.”