The Real Fraudsters: Banks or Homeowners like Barbara Bratton? 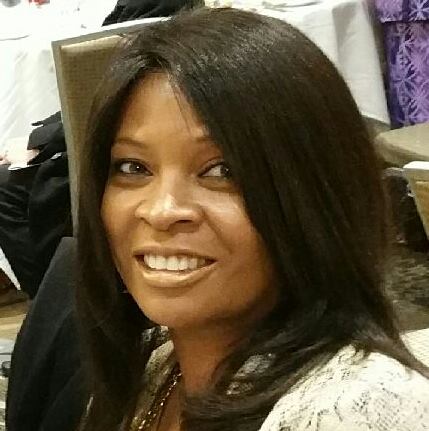 I was informed last night that Barbara Bratton—who sued U.S. Bank in 2012 over the foreclosure of her home in Ontario, California–was recently convicted on 6 counts of real estate fraud and now faces up to 6 years in prison.  From Highland Community News:

In May 2013, the Ontario Police Department investigated Bratton on suspicion of filing two false grant deeds with the San Bernardino County Recorder’s Office on a house in the 900 block of Locust Street in Ontario. The false deeds were filed a month earlier by Bratton in a fraudulent attempt to take possession of a house she once owned and had lost to foreclosure.

According to District Attorney Sr. Investigation John Vega, who was assigned to the case, the house had been sold to new buyers who then purchased it legally.

“Ms. Bratton owned the house at one time, but had not made a mortgage payment on it for approximately four years resulting in the foreclosure, and two evictions, to finally remove her from the property,” Sr. Investigator Vega said.

Bratton argued in court that the house still belonged to her in spite of years of not making payments on the property. She continuously cited flawed legal theories that some people use to not pay home loans.

What this story refers to as “flawed legal theories” is what reasonable people with correctly calibrated bullshit detectors call “bank fraud.”  That is to say, banks routinely and as a matter of course do what Barbara Bratton is purported to have done, i.e., file false documents in county land records.  But not one banker has ever gone to jail for doing so.  Not one.

Some would say it’s just a loony conspiracy theory that banks do that.  Those same people would say that Bratton was a tin-foil-hatter, a “sovereign citizen” who thought everyone was out to get her and she was trying to get something for nothing, apparently the worst crime that can ever be committed.

Except it’s not a conspiracy theory that banks falsify documents—it’s a conspiracy fact.  For example, here’s a story from 2014 that undeniably proves just that:

This kind of manufacturing of evidence happens all the time, it’s just that usually, hard evidence of this criminal behavior is hard to come by.  However, Wiley got undeniable proof of it this time.  He got his hands on a Nationstar (who used to call themselves “Aurora”) internal memo which said this:

So the Feeneys were right–there was no assignment that gave Aurora/Nationstar the right to do anything. SO THEY (AURORA/NATIONSTAR) MADE ONE UP, BACKDATED IT, AND GOT A NOTARY TO SIGN OFF ON IT! And then filed it in the land records of Greene County, Missouri!

And of course, let’s not forget about Lorraine Brown of DocX, who was found guilty of falsifying over a million documents and then filing them in the land records of counties all across the country.  She of course was not an employee of a bank, but the documents she falsified were produced on behalf of banks!  She and DocX were the patsies for the criminality of the banks.

Hell, just yesterday, Living Lies published an article in which bank employees and mortgage servicing employees emailed each other back and forth about how best to falsify necessary documents to foreclose on a woman who is currently in such fragile health from a battle with cancer that some fear that her imminent eviction as a result of this falsification could literally kill her:

Okay Diane, I had my manager look at this file with me and we have determined that we need the following assignments to correct the chain of assignments:

1) Corrective Assignment from WAMU TO Deutsche Bank (to correct the assignment from RFC to WAMU, which was recorded in error) & Note Allonge

The assignment from RFC to WAMU was recorded in error so it is not needed. We also have 2 endorsements on the original Note WAMU to RFC to Deutsche Bank which should be cancelled, to correct the Endorsement chain on the Note. We will just need the okay from you via email to cancel these endorsements. Will this work for you? Thanks Michael.

[NOTE: MGC has decided what was done right and wrong in prior transactions for which it has no knowledge, and what now needs to be done in its own best interest to steal and harvest the home. The transfers to and from WAMU as described above would be fraud due to WAMU being defunct. Then there is the request to have RFC cancel out the endorsements and replace with allonges. The third request in the sequence states that an allonge is already in the file from RFC to LNV Corp even though there are no assignments, yet, to support that allonge. That allonge created by MGC is fraudulent, and represents yet another broken sequence in the chain of title.]

Four days after this last email on October 27, 2008, the following two attached assignments are recorded simultaneously in Clackamas County, Oregon (Recorded Assignments – October 31 2008 – Fauley). The first assignment (and I call it the “first” because of its fraudulently back-dated) is executed on “March 10, 2008″ and notarized as such by “Diane Meistad” – Notary Public – State of Minnesota.” The assignor is “Residential Funding Company, LLC fka Residential Funding Corporation” with no Assignee named. NO ASSIGNEE! However, the second assignment is executed on October 27, 2008 with the Assignor named as “Deutsche Bank Trust Company Americas (formerly known as Bankers Trust Company) and the Assignee – “Residential Funding Company, LLC.” This assignment is also notarized by “Diane Meistad.” As admitted by Meistad above, RFC was not in title position to transfer the asset as of October 27, 2008. Yet, she acquiesced to MGC’s fraudulent conspiracy to forge, fabricate, and alter documents.

So, Diane Meistad, Michael Barnett, and all the rest of you who where involved in this deceit, this one’s on you. You are the only ones who can put a stop to this injustice. Robynne Fauley, who is elderly and very sick, has suffered immensely from your actions. In six-days she is scheduled to be evicted from her home. Fix this!

We can clearly see then, that the cops and the courts shouldn’t be going after Barbara Bratton or others like her.  They should be going after the banks, as Trump might say, “big league.”  Because Bratton was right—the bank did steal her home, as they have literally millions of others.  As I wrote about Bratton and her case back in 2013:

I want to be clear that I am in no way arguing that because U.S. Bank may be a “paper terrorist,” then that means that Barbara Bratton is a paper terrorist–I believe the exact opposite is true.  Indeed, the truth is the ultimate defense.  So the truth needs to be determined, namely: who is entitled to the house, Bratton or U.S. Bank?  As the consent order with U.S. Bank makes abundantly clear, along with the general fact pattern of the ongoing foreclosure crisis, there is more than enough evidence to come down in favor of Bratton.  So if Bratton is in fact the true owner of her property, then that necessarily means the following: the documents she filed are not forgeries but the documents that U.S. Bank filed are forgeries, and should be treated as such.

Throwing Barbara Bratton in jail does not fix the problem of real estate fraud, because the banks are still running wild and free and commit fraud on a scale that is orders of magnitude larger than anything Bratton or any private citizen like her could ever dream of committing.  Her sentence is itself just more fraud.  God help us.  And God help Kimi Vandyk, who sources say is apparently now in a similar situation in the Santa Barbara area.

20 Responses to The Real Fraudsters: Banks or Homeowners like Barbara Bratton?