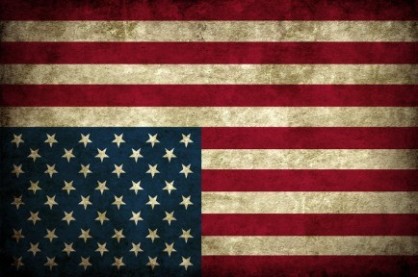 So let’s see…Mary McCulley fights US Bank–wins $6 million–but goes to jail on dubious charges.  Other bank fighters are facing the same possible fate, as previously mentioned in a story from almost exactly 6 months ago:

“LOS ANGELES, Calif. – Jan. 13, 2014 – Is it just a coincidence Harvard University alumni Karen Rozier, and her unlicensed Cal-Poly Pomona degreed architect husband and Eagle Scout David Rozier, Sr., now find themselves wrongfully convicted of being ‘uneducated’ and ‘unqualified’ and facing jail—while fighting two of the biggest banks in the United States? Or do Bank of America and US Bank (U.S. Bankcorp, N.A.) have way too much influence to shut down wronged homeowners in this “Too big to fail” banking climate?”

But now they’re killing people who fight back–again, US Bank:

CENTRAL POINT — Two Jackson County deputies were serving an eviction order on an Ashland man Tuesday when he came out of his bedroom pointing a shotgun at them, and they shot and killed him, the sheriff said Wednesday.

Sheriff Mike Winters told reporters at a Wednesday news conference that both deputies fired a total of four times and 73-year-old Earl Carlson Harris was hit at least twice. He was pronounced dead on the scene.

The Mail Tribune reported Harris had waged a lengthy foreclosure court battle and was ordered in May to be removed by sheriff’s deputies. He had posted his property with “No Trespassing” signs specifically warning police to keep out. Court documents showed Harris represented himself in a 2012 federal lawsuit challenging the eviction, arguing the judge was biased and the state had no jurisdiction.

The story also notes that the now-dead homeowner–Mr. Harris–flew an American flag upside down which the writer says was “apparently signaling anti-government views.”  In fact, an upside-down flag is a distress signal, when there is an extreme threat to life and property:

“§ 8(a)The flag should never be displayed with the union down, except as a signal of dire distress in instances of extreme danger to life or property.”

So given the outcome of this situation, with the homeowner being shot at 4 times (hit twice) and being outnumbered (story indicates that “four SWAT team members were serving the eviction order, and a total of seven to 10 deputies were on scene”–so at least 11, possibly 14 police to the one homeowner) and facing superior firepower, his upside-down flag was entirely appropriate as he was in fact facing extreme danger to his life and his property.

Well, that’s certainly one way to make sure you can take somebody’s house, right?  Just off them.  Just send a bunch of cops out to someone’s house, and you know, just fuckin’–take ’em out.  Light ’em up.  Worked in Fallujah!  No reason it won’t work in Oregon.  Or any other state.  Or any other house.  Like for instance–your state.  Your house.

Yep, they’ll just come right on in your house–your castle–come right into your bedroom (as this story says) and if you so much as point a gun at armed men who are trained to deal with such situations–they’ll just execute you.  It’s the American way!

Jesus Christ, what are we to do…the financial terrorism is becoming physical terrorism…

9 Responses to FIGHT BANKS, GO TO JAIL–OR BE KILLED?