Revisiting a great Neil Garfield article today on the subject of “ta-da” endorsements and the Wells Fargo manual (posted an excerpt of this article in my last post, which got me to reading over it again).  He had this to say:

According to a report from The Real Deal (New York Real Estate News), these are frequently referred to as “ta-da endorsements” a reference from magic acts where rabbits are pulled from the hat.

Such endorsements and other fabricated documents have been taken at face value by many judges across the country, despite vigorous protests from homeowners who were complaining about everything from “they didn’t have the documents before, so where did they get them?” to luring homeowners into false modifications that were designed to trap homeowners into foreclosure.

After 7 years of my reporting on the fact that the documents do not exist, including a report from Katherine Anne Porter at what was then the University of Iowa that the documents were intentionally destroyed and “lost” it has finally dawned on regulators and law enforcement that something is wrong. They could have done the same thing that I did. I had inquiries from hundreds (back then, now thousands) of homeowners looking for help.

Frankly, I think this is the biggest story there is.  Perhaps the problem is that so few people know what an endorsement is.  I once tried to explain my theories on Michele Sjolander and robo-stamped endorsements to a reporter for a nationally-known news program, and it was clear by the end that this reporter had no idea what I was talking about.  Not only was there no story, I never heard from the reporter again.

But again, if these promissory notes aren’t endorsed–they can’t have been securitized.  That’s the law, not my opinion (athough I am not an attorney and not giving legal advice, I think I can say what the law is, as in–it’s against the law to commit premeditated murder).  As the title of this post points out, you can’t have securitization without negotiation, and you can’t have negotiation without endorsement.  And since there were no endorsements on the vast majority of these notes (see earlier post: “No Endorsement, No Negotiation–No Negotiation, No Securitization”) and I believe that the endorsements that are present are “ta-da” endorsements–that is, fake and otherwise legally ineffective–that means that securitization is imaginary.  That is, there are no “mortgage-backed” securities (MBS).  There is only the illusion of “mortgage-backed” securities. 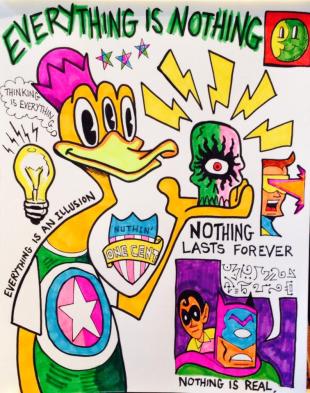 That’s why this lack of endorsement is the biggest story going–all of this has been fake.  The MBS, the foreclosures, the bailout, the foaming of the runway, the QE, the ZIRP–all of it. Based on lies and faking.  It is becoming crystal clear that if disgustedly saying “Everything is rigged” is  an exaggeration, it is a very minor one (like saying “My back is killing me” when in reality it is not actually ending your life but it is merely a source of excruciating, debilitating pain).  Sure, a couple things here and there aren’t rigged–you really are overweight and your grandma really does love you.  But everything else? Rigged.

I mentioned my motion in limine in the previous post that caused Bank of America/Fannie Mae to produce a “ta-da” endorsement in my foreclosure fraud lawsuit against those parties.  Thought some people might want to read the text of it, so here it is:

The Defendants have consistently refused the Plaintiffs’ request that the Defendants produce the Plaintiffs’ original promissory note (“Note” or “subject Note”) along with any and all allonges pertaining thereto. The subject Note that has been relied on by the Defendants throughout the instant case– and has been sworn to be a “true and correct copy” of said Note–bears no indorsement, either in blank, or to or from any specified party. Said Note also has no allonge, either indorsed or un-indorsed attached to it.

This, boys and girls, is how you get a “ta-da” endorsement to show up real quick-like, which is exactly what happened.  After this little bombshell, the trial was postponed, and a summary judgment hearing was scheduled.  I was told by an attorney friend that a summary judgment hearing was unheard of in my district.  The first words out of the bank attorney’s mouth at said hearing?  “Your honor, I have done a poor job of presenting the facts in this case…” And I still lost!  That’s how you know they’re in on it…