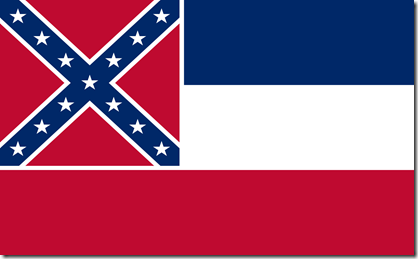 Facebook is rotten with memes, status updates and listicles  (“101 Stories More Important Than The Rebel Flag That You Morons Missed While Arguing About The Rebel Flag”) that dismissively tell us that caring about taking down the Confederate flag is “just a distraction” that we “liberal idiots” “fell for.”  It’s as though those behind all these memes and listicles think people just now starting caring about this issue because they’re hopeless sheeple who only pay attention to the issue du jour.

On the contrary, this has been an issue for a very long time—so long that even when I wrote “Take Down The Rebel Flag” 15 years ago, I felt like I was a Johnny-come-lately to the debate.  Note the date on this article: 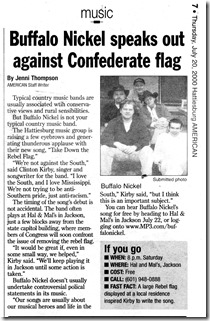 The date is EXACTLY 15 years ago today.  So nice try, smug thought police—I for one am not distracted by the Confederate flag issue at all.  I, like millions of others, have cared about this issue for a long time and didn’t just glom onto it in the last month or so.  It’s just currently at or near the top of the list of all the other issues I and others care about and comment on.

[SIDE NOTE: No one I know is suggesting that the Confederate flag be “banned.”  What retail establishments decide to sell or not sell is up to them.  As far as I’m concerned, fly the rebel flag at your house, from your car, whatever.  Privately, go hog-wild if that’s your thing.  But that flag shouldn’t be an official symbol of the state of Mississippi or any other state.  I would not support any legal ban on displaying the flag on private property, and I don’t think anyone is calling for that.]

What I’ve seen a lot lately is an argument along the lines of “My great-great-great-grandpappy’s letters home from the front, where he fought for the Confederacy, never mentioned a thing about the Civil War being fought over slavery.”  This is meant to refute the official statements from the states that seceded, saying that they were seceding to be able to keep slaves—very damning stuff (I wrote about that damning stuff before I got “distracted” here, from 2014, and here–from old blog–in 2007).   Now I haven’t undertaken nor read any study of letters written by soldiers, but my sense of the situation is that in letters home, soldiers do not typically pontificate on their theories about the justifications for and/or political ramifications of a war or the policies that set that war in motion.  They are in constant danger and just want to reassure their mothers and sweethearts that things are okay, or to relate how horrible conditions are, etc.   Note that I said that typically soldiers don’t engage in such pontification—obviously, some do.  Some, like Pat Tillman, write about their suspicions and misgivings about policies in personal journals instead of letters.  At any rate, the point is that one individual soldier’s lack of mentioning, in letters from the front, that their personal belief that slavery was the reason for the Civil War does not negate or change the fact that indeed, slavery was the reason for the Civil War.  After all, if  the typical German solider in WWII didn’t mention the Holocaust in letters home, does that make the Holocaust any less real or horrifying?  Does that make flying the Nazi flag okay now?

Because that’s the other thing: if Germany still had a swastika on its national flag, wouldn’t we find that at least kinda curious, if not outright terrifying?  I would certainly think so.  So when Mississippi clings to a flag that wasn’t even an official flag of the Confederacy or the state of Mississippi,  shouldn’t we find that kinda curious also?  If not outright terrifying?  Because even though Mississippi’s current flag—which incorporates the so-called “rebel flag”—was adopted in 1894, decades before the Dixiecrats and the KKK began to use that flag as a symbol to opposition to the civil rights movement, that flag was still used a tribute to the Confederacy itself, which of course existed for the stated reason of maintaining chattel slavery of black people.  So even divorced from its more modern usage, incorporation of the rebel flag is still meant to pay tribute to those who would perpetuate slavery, as mentioned here (Vicksburg Post, 6/30/15 “Current Mississippi flag born in Mayersville”):

“State Sen. E.N. Scudder of Mayersville, a colonel in a state militia group and the son of a Confederate veteran, designed the an amalgamation of the First National Confederate flag and the Battle Flag of the Army of Northern Virginia — in 1894 with memories of the Confederacy in mind.

‘My father loved the memory of the valor and courage these brave men who wore the gray,’ Scudder’s daughter Fay S. Corneil wrote to Eva W. Davis at the Old Court House Museum in 1955. ‘He told me that it was a simple matter for him to design the flag because he wanted to perpetuate in a legal and lasting way that dear battle flag under which so many of our people had some gloriously fought.’

So fighting over the Confederate flag is not merely a distraction.  It is a fight over whether Mississippi, now the last state in the country clinging to the rebel flag, should continue to pay tribute to an attempt to perpetuate slavery, the very antithesis of founding principles like “all men are created equal” and the right to “life, liberty, and the pursuit of happiness.”  Sentimental attachments aside, that’s what the message of the Mississippi flag is, in the words of the daughter of the man who designed it.  Because whether the Confederate soldiers knew it or acknowledged it in their letters home or not, they were fighting to continue the practice of slavery.   After all, that would have been the result had the South won—slavery would have continued.

1 Response to Confederate Flag Issue More Than Just A Distraction